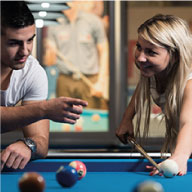 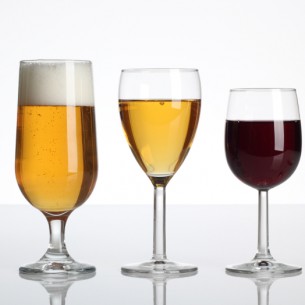 You can go out and have an alcohol free night, and you can enjoy yourself, this is about planning. So avoid rounds, drink non-alcoholic drinks and always make sure you buy your own so your friends, don’t put a quick ‘vodka’ in your drink. There has also been an increase in 0% Alcohol free Drinks produced by the brewers. This is in answer to the changes in the drinking and driving laws in Scotland. So you can have a drink with no alcohol.

People assume that alcohol has always been part of our culture and that it is a tradition to drink and consume as much alcohol as possible. The facts are this has not always been the case, in the late 19th and early 20th Centuries  many campaigns groups supported alcohol reduction or abstinence measures, which at the time were very effective at getting people to stop or modify their alcohol use. The Temperance movement started as a movement based on ‘moderation’ rather than ‘abstinence’, the change was political an in effect ended the movement, as it moved to prohibition, which was the banning of alcohol. It was tried in the USA, but did not work, as a public health policy, prohibition has many issues.

In the late 19th and  early 20th Centuries, people took ‘The Pledge’, meetings for mass signing took place in places like Glasgow Green, at the same time ‘Temperance Palaces’ became popular, people could go out and consume tea and avoid alcohol. The issue was so important that in 1912 a petition of 2 million signatures was sent to parliament to ban alcohol. But the First World War put a stop to this, instead we got the ‘Defence of the Realm Act’ which became the basis for licencing in the UK up till 2000. Pubs shut early, government campaigns started around using wheat for food! Many areas had their pubs nationalised, some still existed up until 1980. We also had local dry areas, where no public house could be built.

The effect of all this was by the 1930’s we had such low alcohol consumption that it came off the public health agenda. It is hard to believe that alcohol was not consumed the way we perceive social history!

The brewers and distillers changed tack, invented the pint and established the tradition of the pub and marketed alcohol at certain age groups, things really changed in the 1960’s with a more liberal attitude to alcohol and the change in supermarkets. By the 1980’s alcohol consumption was well and truly on the rise, this has continued up till this point and still our consumption rate is one of the highest in the world and our alcohol related illnesses is extremely high.

Once again it is on the Public Health Priority Agenda, the costs of alcohol can be measured in Billions of £s. This has prompted a change in the Scottish Governments Alcohol Agenda, ‘Alcohol Framework for Action’ set out the strategic approach to changing ‘Scotland’s Relationship with Alcohol’. So high on the agenda is Minimum Unit Pricing, which will affect the price of alcohol which is sold cheaply in Supermarkets, but not the pubs.

One other change has been the Drink Driving Limit, which has seen people overnight change their habits, so people are not drinking any alcohol before driving, which is an excellent and important step to a healthier population. This has led the brewers to produce a range of alcohol free drinks, from Lagers, to Ciders and Wines. This has also had the effect of people feeling that they can go out ‘alcohol free’, they don’t have to sit as the ‘designated driver’ and drink soda. People feel that they can say, ‘I have the car, I am not drinking tonight’. This is important to make people feel that they can go out and not drink and not be stigmatised.

The Chief Medical Officers recent change reflects the believe of many professionals, from Health to Police that alcohol use has reached problematic levels, and in fact does more harm than we previously believed, thus a change in Unit Guidance for men. We are becoming more aware of the cancer risks as well as alcohol’s role in dementia.