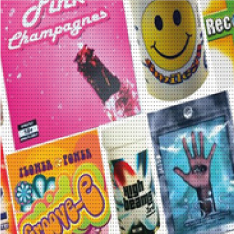 Psychoactive Substances Bill (A simple (ish) guide to this Bill)

When the Bill becomes law (April 2016) it will become an offence to produce, supply or offer to supply any psychoactive substance with exception of nicotine, alcohol and caffeine!

The Bill hopes to shut down the UK Shops and Websites.  The Bill does not replace the Misuse of Drugs Act (1971). Temporary Class Drug Orders (TCDOs) can still be applied for and the Human Medicines Regulations (2012) will remain the same. However the Intoxicating Substances Act (1985) will be scrapped. (This deals with volatile substances like glue and gas). The New Act (Bill) replaces this.

Possession will not be an offence. But Supply is, so if you give someone any of the substances, even for FREE you are ‘supplying’ a drug.

Importation from non-UK based websites will be a criminal offence.

Psychoactive Substance (As defined by the UK Government) “any substance which (a) is capable of producing a psychoactive effect in a person who consumes it, and (b) is not an exempted substance” Thus alcohol, tobacco and caffeine are ok, as well as medicines.

Poppers will be banned, Nitrous Oxide is included, except for use in food (when used as a propellant for whipped cream) Nutmeg which has psychoactive properties is ok also in food.

We will keep you posted, if you would like this full document from ‘Drug Watch’ we can send it to you.