Chemical Bob will answer your questions; you can send in a question and this will be treated as confidential and Bob will reply to your question. There are two ways to ask a question, one is you can ask in private and get a direct response and some advice, if required, about the local services. The second way is that it can show on the website and be answered, this will probably be more information-based question, while the first one, might be a person query that you have about a friend or family member. 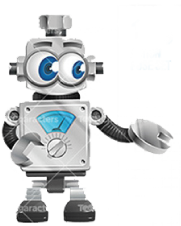 Help & Support
Q
What is M-Catt

M-Catt is one of the names that was given to ‘Mephedrone’, which is a stimulant and psychoactive drug. It was most commonly sold as a white powder or crystal form or in capsules which came to be known as ‘Bubbles’.

It was common for people to use as nasal (snorting) this drug with an increased use being reported by users.

Importantly after 2010 this drug became a Class B drug under the 1971 MDA, but still has some popularity in the ‘clubbing scene’ and is still being used. Please be aware of the issues that can be created if you are on antidepressants or if you have any heart or circulatory or blood pressure issues.

Q
What is Suboxone?

Suboxone is a combination drug, which is a mixture of Buprenophine and Naloxone. It is an ‘opiod drug’, which is used to treat opiate dependency, this can be from the likes of heroin. Naloxone is used to ‘block’ the effects of opiates (Heroin/Methadone and Codeine, for example) and is commonly used in an overdose situation.

Basically this drug is an opioid blocker which should not be used with other opiates as it ‘cancels them out’, this can be on the withdrawal effect,  it is used mainly for opiate dependence or for the treatment of pain. It is important to note that all drugs containing opiates can lead to dependency. So should only be used under medical supervision and the prescribing instructions should be obeyed.

If anyone wishes to find out more about this drug, we can put them in contact with the local prescribers who work for Tayside Substance Misuse Service, who are all NHS Staff.

Q
What do all of the drug classes mean?

The main legislation in the UK for controlling the misuse of drugs is the Misuse of Drugs Act (1971). Please note that this Act has been constantly up-dated to take in new drugs and to change Class of drugs.

So we have 3 Classes of ‘illegal’ drugs, these are Class A the most serious in terms of perceived harms, both societal and person harms. The others are Class B and Class C. Please for detailed information on these go to Release Website www.release.org.uk Other related Acts are the Medicine Act 1968 and at present the ‘Psychoactive Substances Bill’ which wants to make legal provision for all drugs that are psychoactive, except Alcohol, Tobacco and Caffeine, the first two legislated for by other Acts and Caffeine being Legal. Therefore making all mimic drugs, synthetic drugs and certain gases illegal, as defined by the Home Office.

We will over the next few months add information about this Bill and the proposed changes including Nitrous Oxide, used in medicine and dentistry for its anaesthetic and analgesic effects, it causes euphoria, thus the ‘laughing gas’ and as a gas in food  products like whipped cream. It is a greenhouse gas! So far no other gasses are in the Bill, so  Helium which is a ‘Lifting Gas’, is not included!